Running for Party Chair at Convention
I started making friends and have spent the last 11 years serving in elected positions with the Weber County Republican Party. My positions allowed me to get to know candidates as we vetted them against our Party Platform. I never thought I would be one of those candidates…but I am…as I am running this year for Weber County Commission.

Electricity without Combustion or Emissions. 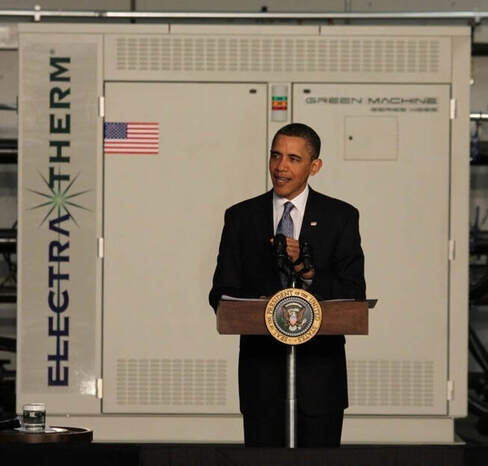 Hosting the President Showcasing our Technology
Drawing from my college days of studying oil politics in the Middle East, I decided to utilize my business development skills and get into the energy business. I was anxious to do something…anything to improve my country’s chances to survive in the post 9/11 world. With very limited knowledge of energy and the way it was used in America, I began my research to determine how I could make a difference…or even if I could make a difference...
​
​While the concept of high temperature heat to power existed at the utility scale level, nobody had ever successfully harnessed the science of low temperature heat to power at a size or price point accessible by American industry. In the course of about 10 years, ElectraTherm commercialized small scale waste heat to power emission-free electricity, for commercial and small industrial use. Today, the technology is on 5 continents! 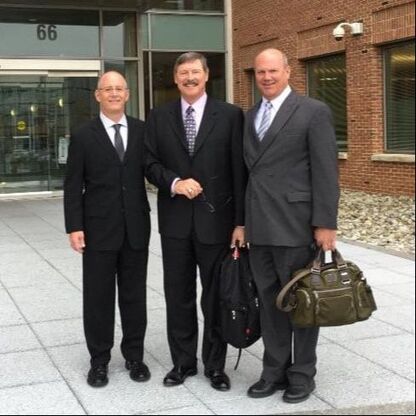 My Team at the FDA
I spent the last 4 years of my career as the CEO of a Molecular Diagnostics Company. I was hired by the Board of Directors to monetize the technology. So, I authored the business plan, built the team, raised the capital, and secured multiple patents in DNA chemistry and a Freedom to Operate (FTO) from the top Law Firm in the Industry . Meaning our patented technology, as we practice it, did not infringe any current and enforceable patents. The key ingredient to successfully raising capital.

Our patented technology was developed for infectious disease detection at the molecular level. Our chemistry is used in  a class of diagnostic tests that assess a person’s health at a molecular level, detecting and measuring specific genetic sequences in DNA or RNA or the proteins they express. It identifies gene, RNA, and protein variations that shed light on whether a specific person is predisposed to have a disease, whether they actually have a disease, or whether a certain treatment option is likely to be effective for a specific disease. This technology can also detect, and in some cases quantify, the presence of specific viruses, bacteria, or types of cells.

I have worked with the FDA and the CDC was our customer. (That’s me with my team at the FDA.) I understand the science...as we know it today. I am simply disgusted with the unconstitutional mandates and the politics of ignorance displayed by some  elected politicians and most unelected bureaucrats.
​Today, I sit on a private company Board and continue to provide consulting services to a few companies.  I spend most of my time raising my daughters, playing golf, skiing, and cooking. 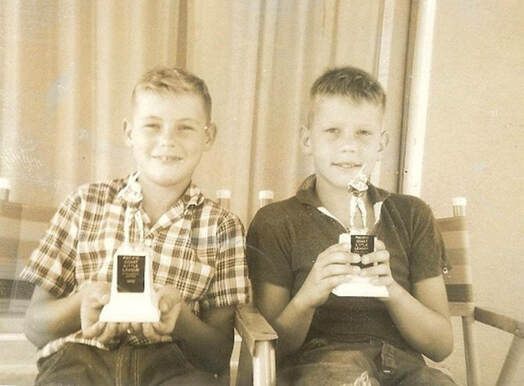 Olson brothers 1962 PCL Champions
I grew up on a small ranch in southern California in Rolling Hills Estates on the Palos Verdes Peninsula. We raised horses, including Double Registered American Saddlebred Palominos. I learned a great work ethic growing up that has served me well throughout my career. I went to public schools that refused to tolerate my misbehavior, insisted on overtly grading my ability to demonstrate what I have or have not learned and burdened me with the challenge of taking personal responsibility...it worked!

I played several years in the Pacific Coast Little League, winning the title only once in 1962 with my brother Bob as a teammate. As it turned out, in the last inning, I singled, stole second and my brother Bob drove me in with the winning run! Those are Championship trophies, not participation trophies! I went on to play High School Football (1st team all-league offense and defense) and 3 years of Varsity Baseball.

​At 17, I played one year of college football before receiving my draft number (14) for Vietnam in 1971 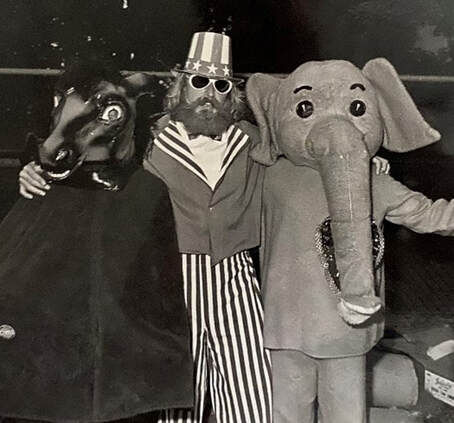 ​I worked my way through college as a bartender at a Jazz Club in Newport Beach, CA. I won the Christopher Foundation Scholarship my junior year and graduated in 1977 with honors as a member of Pi Gamma Mu, the oldest and preeminent National Social Science Honor Society. My dream was to become a Lawyer and I applied to Law School at Loyola. I ended up not attending as an entrepreneurial opportunity presented itself and I got married and went right into business.

While at Loyola Marymount, I was elected President of the Political Science Association (that’s me in the middle at a rally to register voters). In the Presidential election in 1976 our goal was to register enough students to vote to establish our own precinct…We held many rally's and accomplished our goal. We then used our status as a Precinct to attract candidates to come and talk with us. This was my first experience with political parties and voter registration. It, instilled in me a commitment to civic responsibility.
Donate